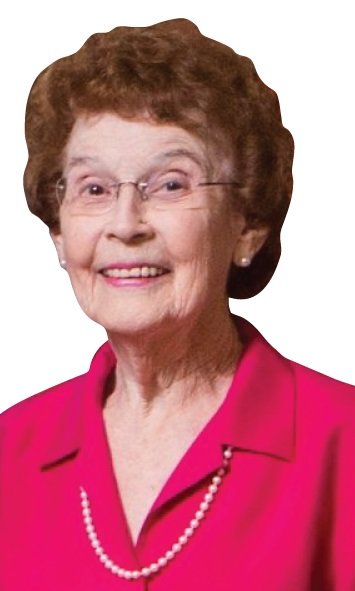 NORWOOD-- Mrs. Thelma Marguerite Wilson (nee Tattrie), formerly of Norwood, NY, died peacefully in Largo, FL, surrounded by family and friends, at the age of 94, on January 2, 2019.  She was preceded in death by her husband, John A. Wilson, as well as her parents, James D. and Ellen S. Tattrie, and her siblings:  Bernice, Harold, Florence, Donald and Malcolm.  Mrs. Wilson resided in the Clearwater/Largo area for nearly 30 years.  For the past several years, she resided at Seasons of Largo, an assisted living residential community.  Mrs. Wilson’s friend, Ms Trena Reynolds, lovingly assisted in her care at Seasons.

Thelma Tattrie was born December 12, 1924 in West Tatamagouche, Colchester County, Nova Scotia.  Following graduation from high school and business school, she was employed at the Royal Bank of Canada in Truro, N.S., and Canadian National Railways in Montreal, Que.  On January 21, 1950, she married John A. Wilson in Fort Covington, NY, Mr. Wilson’s hometown.  The couple settled in Norwood, St. Lawrence Co, NY, where they raised their three sons.  Mrs. Wilson became a US citizen in 1962.

Mrs. Wilson was an administrative secretary at Potsdam Central High School for several years, and during that time she entered the State University of New York (SUNY) in Potsdam, NY.  She graduated with a B.A. in 1968 and immediately began a rewarding career as a high school English teacher at Norwood-Norfolk Central School (NNCS).  Mrs. Wilson achieved her M.S. in Education from SUNY Potsdam in 1973.  She retired from teaching in 1987.  During her career she assisted with many student theatrical productions at NNCS, which gave her great joy.  Mrs. Wilson moved to Florida in 1990.  She was an active church member in both Norwood and Clearwater.

During her long and busy retirement, Mrs. Wilson travelled widely in the US and Canada to visit beloved family and friends, in particular her sister Bernice (Ontario) and her brother Harold and his wife Jeannine (Quebec/FL).  She kept in regular touch with a wide circle of friends in Florida and upstate NY.  Private graveside services will be held in Riverside Cemetery, Norwood and memorial remembrances in Thelma’s memory can be made to a favorite charity.  Memories and condolences may be shared online at www.buckfuneralhome.com

Share Your Memory of
Thelma
Upload Your Memory View All Memories
Be the first to upload a memory!
Share A Memory
Plant a Tree